Podcast: How Will USP <800> Impact My Retail and LTC Pharmacy?

A lot is happening in the pharmacy marketplace, including PBM reform and even massive layoffs. While a lot of this buzz might seem negative, there’s a feeling that positivity is on the way. Still, it’s crunch time for the pharmacy industry with USP <800> on the horizon.

Though USP <800> was delayed once previously, it’s definitely coming into effect in December of this year. USP <800> was designed to address the proper handling of hazardous drugs in the pharmacy setting, and its guidelines are plainly aimed at promoting patient and worker safety in and around sterile and non-sterile compounding.

The first section of USP <800> covers compounding in its purest form. However, this section has also created a lot of confusion because, when looking at section two, you’ll realize that dispensing pills, capsules, liquids, and manufactured packaging items are also covered by USP <800>.

The terms being used to describe hazardous drugs can also be confusing, especially for those that only do compounding on the side, but this is simply the new language and must be learned. These teams include antineoplastic, non-antineoplastic, reproductive risk only, dosage form, risk of exposure, packaging, and manipulation.

What Does a Pharmacy Need to Do First with Their Hazardous Drugs?

First, a pharmacy must identify which hazardous drugs they have in their store. This starts with the NIOSH list of antineoplastics and other hazardous drugs in the healthcare setting. The NIOSH list debuted in 2016, though it’s scheduled for rerelease in December of this year, and it should be your reference guide moving forward.

Pharmacists should use this list to properly identify all hazardous drugs in their pharmacy.

What Should Pharmacists Do Once These Hazardous Drugs Are Identified?

From an operational point of view, the next step should be to use the hazardous drug inventory sheet. It lists the drug name, form of the drug (tablet, capsule, liquid), whether it needs to be reconstituted, whether it’s contained in manufactured packaging, and the NIOSH table number.

After completing inventory of any hazardous drugs, retail pharmacies should then segregate them. Placing these drugs on a shelf or in a section separate from the regular stock is a good idea. As you perform this segregation, you will want to mark the area or shelves with a hazardous drug sign or label.

There are several things we do in pharmacies today that we will no longer be able to do thanks to the new standards of USP <800>. For example, if there’s a hazardous drug that is required to be split or crushed, pharmacies won’t be able to do it as of December 1st of this year. The same goes for mixing components together or taking raw components of compounds and mixing the together. All of these actions are required to be prepared inside a negative pressure lab, which will also be known as a containment secondary engineering control (C-SEC).

These negative pressure areas will have to have 12 air changes per minute (ACPM) within the lab. Inside the lab, you will have the new name for a hood, which is containment primary engineering control (C-PEC). These have to be vented to the outside air or have a double HEPA filter system.

Why Must Hazardous Drugs Be Segregated?

What If There Are Special Handling Requirements for Hazardous Drugs?

During the initial inventory, one of the items to review is the safety data sheet. These sheets have a personal protective equipment section. No matter what, you’ll have to look at these sheets and identify the type of equipment needed. In most cases, the retail or long-term care pharmacies only need latex gloves for counting pills or pouring a reconstitution as a liquid.

This is drastically different than filling a hazardous drug in a negative pressure room. The personal protective equipment goes all the way up to a personally fitted respirator. That’s  whole different standard, but this podcast mostly focuses on retail.

For retail, we must consider pill counters and robots. We cannot use hazardous drugs with these mechanisms unless there’s documented proof that they do not stress the medication and create powdered residue when processed.

Right now, when we look at the two big pill counters out there, the Icon Pill Scanner has no mechanical mechanism. It can be used because of the nature of the piece of equipment: scanning. You just take the tray after you use it and you clean it. Kirby Lester are quite close to having a compliant unit; it could potentially be announced in the next month.

On the robot side, there’s only one unit that meets the non-stress requirement: Synergy Medical’s SynMed and SynMed Ultra. Other companies are looking to become compliant, so stay tuned to see what they come up with.

With USP <800> hazardous drugs, there are going to be two state and three federal agencies who are going to be enforcing this rule. At the state level, enforcement will come from the state board of pharmacy inspectors and the state department of environmental protection.

Some state board pharmacies are saying that they’re going to delay the implementation or may not adopt the rules at all. However, remember that this is a federal rule that’s going to be enforced and implemented.

Let’s think about the state board. Imagine a pharmacy gets in trouble – like the New England Compounding Center. What is the state going to do? Also, if the pharmacy doesn’t implement USP <800> and there’s an incident, do you think the attorneys are going to look at the pharmacy as negligent for not following a federal guideline?

Now let’s consider the state Environmental Protection Agency. Each state calls it something different, but these inspectors are all trained by the EPA. They will want to know where your Warfarin is, what happens to it when it expires, and whether you quarantine and dispose of it properly.

On the federal level, we have the FDA, EPA, and OSHA. Inspections are already happening. An R.J. Hedges client received two write-ups from the FDA, one from USP <800> and one from USP <795>.

What Should You Do Next?

This whole thing is a process. R.J. Hedges started researching and preparing back in January and worked all the way to July to create retail and compounding programs for USP <800>. Though compounding is more complicated, retail is fairly straightforward, and the process takes about a month.

R.J. Hedges walks you through the entire process, but the key part is to start early. If you wait until the end of November, you’ll have some trouble. The program is a customized, step-by-step process that your project manager will walk you through.

This program covers everything. To get started, fill out this questionnaire and our staff will follow up with you quickly.

USP <800> is for Hazardous Drugs and when you look at it, it plainly states the guidelines promote patient and worker safety requirements in and around Non-Sterile and sterile compounding.  When you read the first section, it clearly covers compounding in its purest form.

However, when you move into Section Two, you quickly realize the dispensing of pills, capsules, liquids and manufactured packaged items also are covered by USP 800.    Different types of terms are being used to describe types of hazardous drugs, such as:  antineoplastic, non-antineoplastic, reproductive risk only; Dosage form, Risk of exposure, packaging and manipulation.  This may sound like a whole lot of mumbo jumbo, but it is the new language of Hazardous Drugs.

Well what does a pharmacy need to do first with Hazardous Drugs?

The first place it to go to the NIOSH List of Antineoplastic and Other Hazardous Drugs in Healthcare Settings, dated 2016.  There are 42 pages of information and drugs.

There will be another list posted in December 2019.  This list identifies all hazardous drugs into three tables:

With this list, the pharmacist then checks the NIOSH list against their inventory and identifies each Hazardous Drugs.

What should the pharmacist do when these HDs are identified?

The best solution, from an operational point of view is to have a Hazardous Drug Inventory Sheet.  On the inventory sheet, you want to capture the following information, the drug name, the form of the drug, i.e. tablet, capsule, liquid, if the HD needs reconstituted or if it is contained in a manufacturer’s packaging and what NIOSH Table number it belongs to.  All of these items can be dispensed from a retail and a LTC pharmacy.  Once inventoried, it is best that these items are placed on segregated shelves away from the regular stock, with a Hazardous Drug Storage Area sign posted.  We have also designed a small Hazardous Drug Label that can be placed on the HD bottle or on the shelf just under the bottle on the shelf for immediate identification.

What if the HD is not what you described?

Well, if the HD requires to be split or crushed, mixed together with another product that is not consider reconstituting, or raw compounding components; these items must be prepared for dispensing in Negative Pressure Lab which is now called a C-SEC (Containment Secondary Engineering Control) with 12 Air Changes Per Minutes (ACPM) within a hood which is now called a C-PEC (Containment Primary Engineering Control)

You mentioned segregating our HDs, why?

In a retail or LTC pharmacy it is not technically mandatory.  The pharmacy must use separate counting tools for Hazardous Drugs.  If you keep your HDs segregated, you can keep you HD tools with them.  When the tech pulls the drug, the simply grab the counting tools, count out the prescription and close the bottle after the fill.  The counting tools are cleaned at this point or placed to the side for cleaning later.

Are there any special handling requirements for HDs?

During the inventory, one of the items reviewed is the Safety Data Sheet (SDS) for Personal Protective Equipment (PPE).  The SDS will provide the type of protective gear needed.  In most cases, a retail or LTC pharmacy will only need a type of glove for counting pills and capsules or pouring and reconstituting a liquid.  This is drastically different when filling a HD in a negative pressure room.

In addition, pill counters and robots cannot be used with hazardous drugs unless they can be proved they do not stress the medication and create a powder.

Who is going to regulate this rule?

Well this is the challenge with Hazardous Drugs.  We have two state agencies and three federal agencies who will enforce this new rule.

At the state level, the state boards of pharmacy inspectors and the Department of Environmental Protection Agency.  Now some states are saying they are delaying the implementation or not going to adopt the rules.  Well this is a federal rule.  Just imagine a pharmacy gets in trouble like the New England Compounding Center, what is the state board going to do?  Also if the pharmacy doesn’t implement USP 800 and there is an incident, whether it be to a patient or an employee or both.  Do you think the attorneys are going to look at the pharmacy as negligence for not following a federal guideline?

Then we have the state environmental protection agency, who has already been trained by the EPA.  Their training has been around one drug, Warfarin.  Where do you store it, what happens with it expires, where do you quarantine it and how do you dispose of it?  Numerous states have already seen these types of on-site inspections, like KY, IN, OH and PA.

At the federal level we have the FDA, EPA and OSHA.

Jeff, wrapping this up.

We have a Hazardous Drug Program available now for retail and LTC pharmacies.  It is complete, customize and we will walk you through step-by-step.  In addition, all of the training is included plus a trained Project Manager is available to help if you get stuck going through this new guideline.

Next topic: Preparing the Hazardous Drugs Assessment of Risk, the most important document for a Retail and LTC pharmacy for 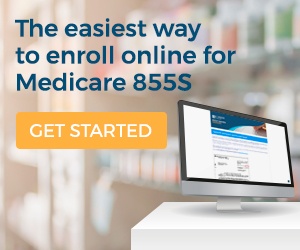